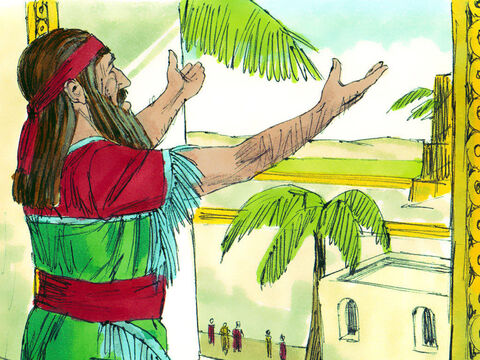 Now God had caused the official to show favor and sympathy to Daniel, but the official told Daniel, ‘I am afraid of my lord the king, who has assigned your food and drink. Why should he see you looking worse than the other young men your age? The king would then have my head because of you.’

Daniel then said to the guard whom the chief official had appointed over Daniel, Hananiah, Mishael, and Azariah, ‘Please test your servants for ten days: Give us nothing but vegetables to eat and water to drink. Then compare our appearance with that of the young men who eat the royal food, and treat your servants in accordance with what you see.’

So he agreed to this and tested them for ten days.” Other Biblical translations replace the word “vegetables” with “pulse”, which indicates “food grown from seed”. An additional reference to this fast is found in Daniel 10:2-3 (NIV): “At that time I, Daniel, mourned for three weeks. I ate no choice food; no meat or wine touched my lips; and I used no lotions at all until the three weeks were over.”

Based on this latter passage, a Daniel Fast is most commonly partaken for 21 days, although fasts of 10 and 40 days have also been observed. A Daniel Fast involves ad libitum intake of specific foods, but the food choices are restricted to essentially fruits, vegetables, whole grains, nuts, seeds, and oil.

This plan resembles a vegan diet, which has been reported to yield health-enhancing properties. However, a Daniel Fast is more stringent, in that aside from the exclusion of all animal products, there are no processed foods, white flour products, preservatives, additives, sweeteners, flavorings, caffeine, or alcohol allowed in this plan.

Despite this, as individuals traditionally follow this fast for religious purposes in an attempt to become “closer to God” during a time of extended prayer, anecdotal reports indicate that maintenance of the fast can be achieved by most.

The Biblical Path to Health and Wellness Genesis 1:29  And ...
Read More

The Busy Bee Buzz Buzzworthy tips, how to and useful ...
Read More